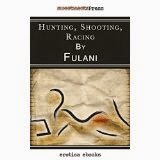 This collection of ten short tales has its moments. There are some clever set-ups and a smattering of interesting ideas. Unfortunately, most of these stories fall flat before the end, mainly because author Emerald doesn’t seem to grasp the notion that readers need a bit of lingering mystery beyond the boundaries of the written narrative. Just as it’s important to leave something to the imagination in the bedroom, it’s equally important to leave enough about backstory and motivation unsaid so that readers will have something to think and guess about long after the book has been closed. Instead, all too often, it feels as if the author is hitting us in the face with a sledgehammer while insisting on telling us “what the story is about” in torturous and unnecessary detail. This gratuitous explaining is done in prose that is often stiff and vaguely detached, with an almost clinical feel about it.

He stopped just inside the doorway. Before he realized what he was doing, his hand reached behind him and pushed the door closed. Kate’s shadow didn’t move. When he heard the faint latch, he slowly took a step forward and moved around the pool table toward her. She set her drink down. As he got closer, the smoothness of her skin took on a glow in the faint backlight. Bethany’s piano playing started up again. Aaron continued forward and slipped his arm around Kate’s waist before he could see her grey eyes clearly. If they looked as they had the last time he’d seen them, he knew he wouldn’t have the nerve to touch her.

To Aaron it felt as if her body tried to stiffen but was receiving mixed signals somewhere inside. He pushed his mouth to hers, suddenly breathless with wanting her. Grabbing her with both arms, he twirled her around and lifted her in one movement to the pool table where she sat with her legs wrapped around her waist as he kissed her with a desperation he couldn’t remember ever feeling. It didn’t have to do with her body, with fucking her. It was just her. Or him. Or both, he couldn’t tell. He just knew that the very act of touching her was like an orgasm. Their clothes were all on and her hands were touching only her waist, and he felt like he was coming—like something was climaxing in him that wasn’t sexual but felt just as powerful, as though he couldn’t bear to stop touching her.

The best and most erotically charged story is . . . Then, the final entry in the collection, featuring the same characters from the opening tale If . . . That first story is little more than a set-up, and a fairly dull one at that; a young heroine yearning for romance, sex, and excitement, while trying to convince herself that the stable, grownup relationship she’s in is just fine. In continuing the storyline, for once, the author delivers a satisfyingly sexy payoff.  I’d suggest readers look at these interconnected stories first, before exploring the rest of the collection, which, unfortunately, I cannot recommend. 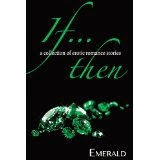