A Discovery of Witches by Deborah Harkness
Wicked Ways by Cari Silverwood
Peeper by S.J. Smith


A Discovery of Witches by Deborah Harkness

The first installment in Harkness' best-selling All-Souls Triology, I picked this up with great anticipation after hearing Maureen Corrigan's glowing review of the third volume on NPR. What I found was a rather tired, overly-conventional romance narrative that fails to inspire on virtually every level. Harkness' characters are little more than second-rate understudies right out of central-stereotype casting. Matthew is a brooding, moody man of mystery, tortured, often volatile, yet--so we are told--oh so irresistible, while Dianna is the fungible stock heroine; beautiful, spunky, independent athletic, in this case a dedicated historian and reluctant witch, and--of course--a woman who has not done much to explore her vulnerable, girly side, hence her potentially fatal attraction to a vampire. Their story is unbelievably dull, weighed down at every page-turn with a thick oily sediment of unnecessary detail: do we really need to know every thought that flits through the heroine's head as she contemplates what to wear on a date, every torturous aspect of meal preparation, or, for that matter, her reaction to every bite of food, every slosh-gurgle of rare wine or drop of cheap tea that happens to touch her lips in every restaurant and dining room in Oxford?

There is some genuinely amateurish writing here, especially in the awkward, clunky way the author introduces new characters (out of the blue with a heavy freight-load of bewildering, mostly pointless backstory that neither enlightens nor endears). Poor pacing, gratuitous repetition, and a maddening narrative inertia make this virtually unbearable.While Harkness endeavors to create a new paranormal mythology, she fails miserably at elucidating the real inner lives of her characters or endowing them with any great depth. Would it have been so difficult to do a little research into the very real and genuinely interesting aspects of contemporary Wiccan religion and ethics, the actual theory and practice of magic, as opposed to trying to force atmosphere simply by populating the story with a gaggle of "supernatural" beings? Are we supposed to be dazzled in this day and age by the mere presence of witches, vampires, or demons--even witches and vampires who attend yoga class and go punting on weekends? I've often criticized Anne Rice for some of her later self-indulgent tendencies, but I would gladly re-read all 1,000 pages of The Witching Hour, notwithstanding its cloying repetition, sprawling pointlessness, and ultimate lack of meaningful closure, than ever again bore myself to tears with a book like A Discovery of Witches or its sequels. 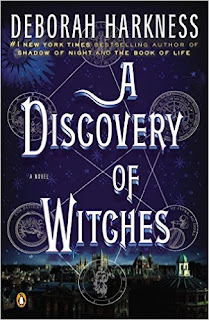 Cari Silverwood has the makings of a great, entertainingly transgressive tale here. Wicked Ways is, at root, a dark, twisted re-imagining of the standard erotic romance, including all the familiar plot elements--everything from the earth-shattering, "like-nothing-she'd-ever-known" sex to the heroine's de regueur chronic plague of self doubt. All the stock players make their expected appearances: Zorina (Zorie) Brown is a strong, confident, self-sufficient and (of course) beautiful young woman, a university lecturer, not particularly sexually self-aware. . . that is, until she falls victim to the handsome, melodramatically villainous Reuben, a "mesmer" with the psychic ability to control the minds of susceptible women. Reuben and his entourage of sexual sadists draw Zorie into an orgiastic demimonde, repeatedly using her for their paraphilic kicks before quite literally tossing her into the trash. As she waits to be summoned again, the heroine is torn apart as much by cognitive dissonance as her fear of physical abuse, forced to admit that she enjoys what's happening to her, even as she fights, however vainly, to resist. Meanwhile, another mesmer, the enigmatically magnetic Mr. Black assumes the role of anti-hero, drawing Zorie to him with the idea of using her as a weapon to eliminate Reuben--and then, simply using her. (By far and away, the scenes with Zorie and Mr. Black are the most compelling in the novel--would that the author had taken greater, more imaginative advantage of this, and mined their powerful, complex relationship for its full dramatic potential.) There's even a 'sweet guy' in this troupe of romantic archetypes: the sensitive, caring Grimm--a librarian, no less!--who is willing to do anything for Zorina in spite of her seemingly erratic behavior and ultimate indifference.

The author successfully puts her heroine into a state of sexual and psychological peril, and keeps her there, for the most part, throughout the story. This is not an easy thing to do; if handled ineptly, the heroine's response to conflict might easily betray her as a weakling, a crybaby or a pushover. The tension that Silverwood creates, however, is wildly uneven, going slack far too often to maintain a consistent interest. Her use of alternating POV characters from chapter to chapter should, theoretically, add a panoramic quality to the storytelling, as perceptive yet still more intimate than a conventional third-person narrative. Alas, the device here comes off as lazy, feeling like a sloppy attempt to avoid head-hopping, or, possibly, the desperate resort of a writer who can't decide which point-of-view to use in the first place. Where alternating POV ought to provide a richer sense of the individual characters' interior dynamics, Zorie's inner monologue seems to consist largely of shopworn phrases like "Damn him!" and "The bastard!" Ultimately, the author's attempt to tell an original story is hampered by the fact that none of her characters seem to have a single original thought in their heads.

Yet more unfortunate, for all the story's rich possibilities, the execution is muddled, bogged down by writing that is often simply awful, a clumsy, earthbound prose, frumpishly indifferent to style, weak, unpolished, dully conventional, enervated by the author's apparent addiction to the easy cliché. Too much of the book has the feel of an apathetically edited second draft. (When I find myself repeatedly screaming at a book like an exasperated Muppet, there's definitely a problem!) A catalog of missed opportunities and simplistic choices, the author ties things up with an annoying--and ultimately rather insulting-- coincidence. The story that might have effectively explored the difference between the romantic fantasy of the 'bad boy' and the nightmare of the truly 'bad guy' is diluted, melting into abject silliness, its potential for page-turning drama simply pissed away. Such a waste!

Three stars for the ghost of a good story. Sadly, not recommended. 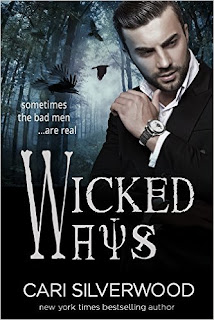 If I was annoyed by Cari Silverwood's Wicked Ways, I was thoroughly pissed off by S.J. Smith's Peeper.

At first glance, this is an homage to that particular vein of hard-boiled detective fiction in which the flawed hero must embrace his own inner darkness in order to overcome the very real evil that confronts him. The great American detectives almost always take the morally ambiguous route, with sexual temptation lurking in cheap hotels and dark alleyways, seldom more than a few short steps beyond the garish glow of the streetlamp. It is this inner conflict--this moral tension--that makes the detective more than a mere pulp-fiction construct, but a bona fide literary character--universally compelling.

Jenks, the would-be peeper of the title is none of those things. An average Welshman of no extraordinary achievement or particular ambition, a man, perhaps on the brink of midlife crisis, Jenks has nothing better to do than emulate the hard-boiled heroes of his daydreams. Rushing in without a clue, he takes a case involving the retrieval of blackmail photos, only to find himself made a chump, entangled in a sordid web of intrigue with--what else?--an impossibly beautiful woman at its center. Jenks' moral compass spins wildly at times, though, always--tiresomely, boringly, predictably--returning to the True North of the 'beautiful, adoring wife' who waits for him at home, a character who seems simply too good--and far too accommodating--to be true.

The story is 'fleshed out' with a good deal of decidedly hot sex, which seems to be the whole point of the endeavor--not that there's anything wrong with that. Yet, in the end, what promised to be a darkly clever mash-up of detective fiction and erotica turns out to be little more than a practical joke at the reader's expense, a silly, juvenile, elaborately-contrived 'twist' rendering all that went before meaningless. Frankly I have NEVER read a novel that made me so angry, or left me feeling so manipulated or so cheated. (Who's the chump now?)  In the still-red glare of retrospect, this story has the feel of a petulant wave gift, and--far worse--a waste of time.

Listen! If a writer is going to embrace the darkness and explore the transgressive, than they fucking well need to go all in and embrace the darkness! None of this cowardly, amateurish  backing out at the last minute--"Oh, sorry guys! I didn't really mean it . . ." Go all the way, hold nothing back, put your characters in genuine peril and keep them there until they figure out a way to overcome their conflicts. Otherwise, the exercise is about as worthless as a bowdlerized Dick and Jane story.

Smith's writing is competent--not great--clunking along like some rusty, superannuated family car that barely manages to get readers from point A to point B. Yet there are too many times when it feels as if the vehicle is taking us in circles, repeatedly covering the same bumpy terrain, always going right, never left, driving past the same landmarks, rutting up the same mundane, unnecessary details.  It all becomes extremely dull after a while.

Yet another title I cannot recommend. 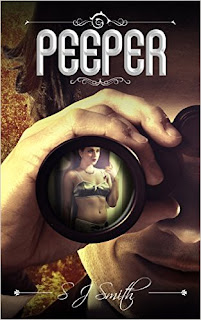 Posted by Terrance Aldon Shaw at 6:00 AM