What I Read This Summer--And Why

We’ve been having a discussion over at the Erotic Literary Salon group on Facebook based on a question I posed recently: What ultimately convinces you to read a book? I’ve noticed that there’s a kind of natural resistance in many people—even people who read obsessively—to picking up a book on somebody else’s suggestion, recommendation or assignment. People have this cat-like quirk when approaching a new book: reading it must be their idea or it’s not going to happen. You can even put a free book directly into someone’s hands, and, like a cat presented with a shiny new toy, they will almost always turn their noses up at it, at least until they think you’re not looking.

The initial question has, thus far, elicited some interesting and fairly diverse responses. There are some readers who prefer to stay in their own literary comfort zones and seldom venture beyond a preferred subgenre. Some are excited at the prospect of a new book from a respected author, while a few are content to re-read their old favorites—there is an undeniable element of sentimentality where many readers are concerned. Others have more wide-ranging and adventuresome tastes, developed over lifetimes of challenging views and discussions with friends and colleagues. Some are influenced by customer reviews; others are mostly indifferent to the opinions of their fellow readers. The decision to read a new book can be based on a desire to “see what all the fuss is about” or it can be a gesture of defiance, a quasi-political act of intentionally “going against the grain”. Many readers do stress that quality of writing is paramount. As such, these folks often desire to dip a toe into the water before they commit, preferring to see a sample or an extended snippet from the book before they take the plunge.

As for myself, I am an inveterate literary thrill-seeker. I am drawn to the new, the unfamiliar, and the out-of-the-ordinary. There may be no new stories under the sun, but there are near-infinite ways of rearranging the basic elements of story in new and exciting ways, and what I look for is that restless creative spirit, like my own, that will not be content with the same-old same-old. I read for inspiration, creative renewal, and cerebral re-creation—and I aspire to write original books that will do the same for others. I will read—and have read—almost anything, but what I look for, first and always, is excellence in writing, style, fluency, clarity, depth and complexity of characters and plot, originality and intelligence in the approach to storytelling. I recognize no sin other than the sin of bad writing.

Reading is essential to a writer’s creative growth and maturity. For a writer, the need to read the work of others is akin to the essential human need to imbibe water: it is not a question of providing fuel to the body, but of keeping that body properly lubricated. So, reading keeps the writer’s mind sharp and running smoothly, allowing ideas to flow more freely. (And, by the way, the notion that reading will somehow interfere with one’s own creativity is a myth embraced by amateurs and perpetuated by idiots.) As such, a writer should seek out the best available models. Over the summer, I tried to do just that, and the factors that ultimately convinced me to open those books can all be referenced in the list above. I picked up the short story collections Quiver by Tobsha Learner and Macho Sluts by Pat Califa based on glowing recommendations from respected colleagues. Jonathan Kemp’s 2015 novel Ghosting was a no-brainer for me after reading his amazing short story collection Twentysix (I will shortly be reading and reviewing Kemp’s London Triptych as well). I was drawn to a trio of anthologies based on the editors’ reputation for seeking out quality, originality and superior craftspersonship in short fiction: Laura Antoniou’s Best Lesbian Erotica 2015, Rose Caraway’s Tonight She Yours (Cuckold Fantasies), and Susie Bright’s Three the Hard Way. While I won’t be going into great detail about any of these titles, all of them are heartily recommended here and now. 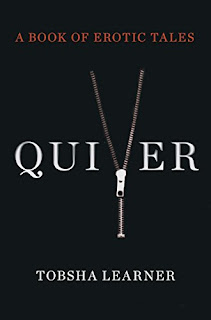 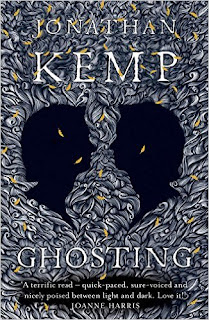 While not a work of erotica per se, Jonathan Kemp’s most recent novel, Ghosting, is an understated but highly assured piece of writing, a beautifully observed masterpiece of intimate gestures—what one might be tempted at first to call domestic magical realism, though ultimately the story and the characters who populate it are as down to earth as you or I. On a London street one morning, 64-year-old Grace believes she sees the ghost of her first husband, a man who abused her without mercy, and her emotional life is plunged into turmoil as she reexamines the painful past. A gorgeous, unassuming little novel of everyday life that rises well above the mundane, bright flashes of imagination shine through on every page, but it is Kemp’s deep sense of empathy that makes Ghosting a truly exceptional book. 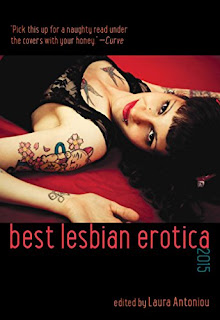 One is immediately impressed by the sheer diversity of voice and style in the Laura Antoniou-edited Best Lesbian Erotica 2015. I was particularly impressed by those authors who drew on mythic themes for inspiration: Arachne by Catherine Lundoff, set in ancient Greece, and the depiction of a proud civilization in ancient Africa, Kiss of the Rain Queen by Fiona Zedde, both stories in which vivid, colorful settings enhance powerfully drawn characters. And, speaking of truly great characters, one cannot help but be intrigued and ultimately drawn into the orbits of intelligent, strong-voiced, and occasionally funny women, as in Behrouz Gets Lucky by Avery Cassell, Learning to Cook by Nan Andrews, The Bullwhip and the Bull Rider by Sacchi Green, Second Date by Miel Rose, Naming It by Jean Roberta, and My Visit to Sue Anne by Anna Watson. At about 6,000 words apiece, Antoniou has given her writers plenty of room to develop their characters and get those characters well and truly laid, often in something close to microscopic detail. (Some of the stories do get a bit sing-songy in places.) Small quibbles aside; this is nothing short of a great anthology, 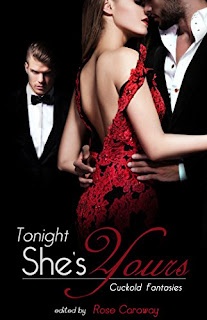 The 13 short stories in Tonight, She’s Yours delve into what many of us of a certain age used to refer to as swinging, now sometimes simply calling it the cuckold or cuck fantasy. (Personally I despise the word “cuck” not only because of its unsavory associations with the political Alt Right in the US, but because it’s an ugly sounding word for what is supposed to be a consensual and fun activity, as it is portrayed here.) Some of these fantasies are quite steamy, indeed: Kate Ellink’s Michael’s Moment is particularly memorable for its priapic effect, as are Winfall by Tamsin Flowers, The Third Man by Emily Bingham, and The Tea Shop by Abigail Saint Clair. A few of the stories feel a bit too ‘safe’ to be truly transgressive or effectively arousing, but when the writing is good—when the authors’ imaginations soar— it is truly superb. 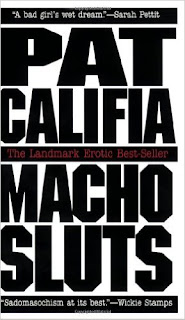 I’m still working my way through old paperback editions of the Califa and Bright collections. It’s very easy to see what a revelation Macho Sluts was to a generation of writers back in 1989. So many of the things that we take for granted in erotica now had never been said out loud before; the writing is fluent and engaging, but also relentless, unabashed, fearless, angry, in-your-face—the kind of writing that foments revolution and sends shockwaves through the literary space-time continuum. If this book appears on many writers’ lists of influences, there can be little doubt as to why. 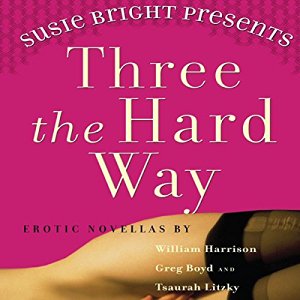 A tad more toned down, the trio of novellas in Three the Hard Way are well-crafted and eminently entertaining. Greg Boyd’s The Widow is a fascinating two-tiered narrative, while the always-entertaining Tsaurah Litzky’s The Motion of the Ocean is a delightful if somewhat disjointed romp through the sexual revolution as experienced by one woman between the 1960s and the early 2000s. I haven’t yet gotten to William Harrison’s Shadow of a Man, but am certainly looking forward to it.

So, now you know what I read this summer, and, perhaps, you have some insight into why as well. 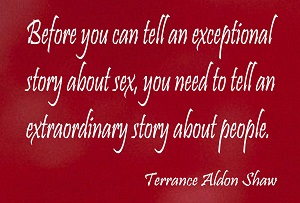 Posted by Terrance Aldon Shaw at 11:25 AM