I have previously remarked here on the psychological kinship of horror and erotica, though, I think, the notion bears repeating. Both horror and erotica invite readers to delve the dark places within themselves, grants them license to ‘step outside the bounds of socially acceptable behavior’, and embrace the transgressive without returning home (as one of my characters puts it) “physically banged up or mentally fucked up.”

These ten stories run the stylistic gamut from breezy contemporary romance and urban drama to darker, scarier—more morally ambiguous—Gothic and steampunk-inspired tales. Whatever flavor one’s in the mood for is readily available, from Luna Lawrence’s Raven and Crow, where Edgar Allen Poe uses ‘electrical science’ to resuscitate the corpse of a woman’s recently-deceased lover, to Cold Love by Ruth Black, where resurrection is achieved more directly, by dancing naked on the grave of one’s departed boyfriend, and Claryssa Berg’s Deep Water Grave, a fairy-tale of a drowned sailor returned to land. Death itself turns out to be an adept pickup artist in Anabeth Leong’s marvelously imaginative and poignant Less Than a Day, and Kailin Morgan’s Stone Cold Heart.  E.E. Gray’s Brush With Death is a rather sweet contemporary M/M romance in the lighthearted vein of a ‘haunted apartment’ story, while Ann Gimpel’s Witch’s Price uses the backdrop of World War II to tell the story of a doomed American GI in the treacherous snows of the Italian Alps. A dissolute rock musician and his reluctant lover encounter death and ecstasy in Theda Black’s powerfully concise The Band Plays On. Jane Potter’s stylish and disturbing Atropa Belladonna chronicles the psychological torments of a woman at once enthralled and revolted by the attentions of an obsessed vampiric entity. Peter Tupper’s  The Charge of the Soul is a clever and affecting twist on the zombie mythos with the author’s signature erudition and the subtlest tinge of melancholy that makes the story all the more relatably human. 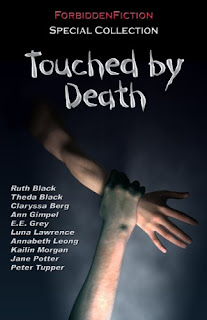 This collection from 2011 comprises eight consistently excellent erotic stories, all inspired by the work of H.P. Lovecraft, probably the greatest horror stylist since Edgar Allen Poe. Editor J. Blackmore is candid about the ambivalence of Lovecraft’s influence; the famous author’s infamous xenophobia and overt racism are problematic to say the least; his seeming fear of everything, very much including sex, was sublimated into a relatively small, albeit bleakly transcendent oeuvre, though it is extremely difficult at times to separate this very-flawed man from his art. It’s a safe bet Lovecraft would not have approved of this collection—certainly not its focus on the erotic—as in many ways, it is an intentional dissection of his own literary soul, the apotheosis of fan fiction in an age that claims to have cast off inhibition, yet still cannot deny the ember of primal dread that gutters deep within its core.

Sheer pleasure from beginning to end, every story in this collection is above average. 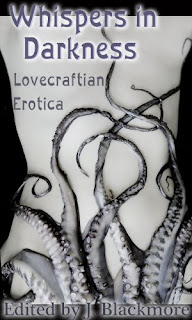 Posted by Terrance Aldon Shaw at 10:14 AM