What is at heart a fairly conventional f/f erotic romance is here gussied up as space opera with an interesting transhumanist element. TiCara X273 is a medusa pilot, having received a set of neuro-synaptic implants that allow her to interface with the space freighter she captains. TiCara’s implants also enhance and help to moderate her emotions; these “medusas” sometimes seem to have a will of their own, which makes for some of the story’s most entertaining moments. When TiCara is commissioned to ferry an aging corporate bigwig to a remote system in search of a technological fountain of youth, she jumps at the prospect of a rich payoff, along with the opportunity to make time with said bigwig’s beautiful assistant, Sherin. Pursued by space pirates and corporate secret police, aware of a spy in her midst and unsure of whom to trust, TiCara has plenty to occupy her when she isn’t lost in romantic self-doubt, obsessing about or actively pursuing Sherin.

Drawing heavily on the conventions of cinematic space opera, space travel here is portrayed as relatively easy and routine, imaginary tech helps to gloss over problems of distance and time, and space battles in zero gravity are played out like conventional earthbound shoot-‘em-ups. While, in real life, there may be ten thousand potentially fatal hazards in space at any given second, Byrne generally keeps things sufficiently engaging to encourage a relatively hefty suspension of disbelief.

I found Byrne’s style a tad dry in spots, a little too bogged down with superfluous stage business that doesn’t seem to put the story forward in any meaningful way. At times the generic erotic romance elements—endless daydreaming and adolescent self-doubt—detract from the sci-fi/adventure narrative, dulling the sharper edges of the plot.  Like too many stories of this kind, imaginary futuristic jargon and slang can do more to impede a clear narrative flow than enhance a sense of authenticity. When tech overwhelms the humanity of the story, neither science nor fiction are well served. I would have liked to read more about the villain of the piece, who is by far the most interesting character in the tale, and could have used more of a build-up to raise the stakes of the ultimate set-piece, well done as it is.

In the end,  I think Byrne has succeeded in creating an entertaining, essentially human story with Medusa’s Touch and that is an achievement not to be dismissed. Recommended. 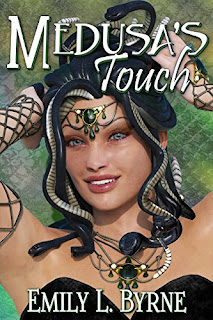 As the subtitle suggests, all of the stories in this collection have appeared in print before. I have reviewed several of the earlier anthologies from which this material is drawn, and much of it holds up quite well.

At his best, M. Christian is a master of speculative fiction, highly imaginative, ironic, wickedly funny, fast-paced, endearingly snarky, and one hell of a fine writer with a Promethean gift for evocative settings and memorable set-ups. Pieces like Honky Tonk Lagoon, Prêt-à-porter, The Bachelor Machine, Hot Definition, Everything But the Smell of Lilies, The Hope of Cinnamon  and Subsequent State are little masterpieces, as fine as anything in contemporary sci-fi.

Christian’s writing can also be pretentious, self-indulgent, plodding, bloated, obsessive, continually flogging the same not-particularly interesting transhumanist concepts, unwilling to put his shopworn darlings out of their (and the reader’s) misery. Yes, the notion that humanity may become so dependent on technology, on being “connected” that we forget how to sense or feel anything genuine is a profound idea, a cautionary tale for our age, but the novelty wears off pretty fast, especially when the storytelling is unfocused, taking too long to reach its destination, ironic twists, clever as they may be, coming too little and far too long after the reader’s interest is lost.

In short, what we have is a mixed bag, though I think what’s good—even great—here outweighs what isn’t. Recommended on balance. 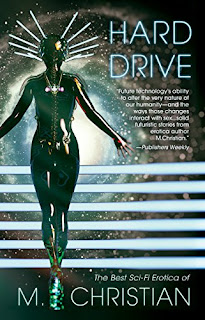 Posted by Terrance Aldon Shaw at 11:06 AM