A very short list this year. Whether this is due to a dearth of truly excellent books on the market or the fact of my own increasingly busy work schedule (completing The Erotic Writer's Thesaurus as well as a novel The Seven Seductions and several short stories, along with starting work on a new high fantasy novel in June) I couldn't say.  I don't think I'm reading any less this year, though perhaps my reading list has become more diverse with classic titles from J.G. Ballard, Cormac McCarthy, Margaret Atwood, Anthony Boucher, Walter M. Miller Jr. John D. McDonald, Kevin Brockmeier and so many more! It might be easy to lament the declining interest in erotica in general, the stresses many writers feel from the threat of corporate censorship, what appears to be the rise of a new Puritanism (partially in reaction to the excesses of the current occupant of the White House), and the perpetuation of an increasingly virulent moral panic surrounding sexually explicit content. It is easy to be discouraged, but we should also take time to celebrate the good, positive, and optimistic achievements of this past year, as represented by these five amazing books. (TAS)

Perfect Strangers: A Memoir of the Swinging Seventies (Dorothy Freed)

Perfect Strangers  proves once again that real life is often farther-out than fiction. Freed’s story has all the elements of a well-crafted erotic page-turner, including the plucky heroine with a problem on her hands, a seemingly endless series of obstacles to negotiate, and conflicts to overcome—her storytelling all the more powerful for being true. As in any good tale, conflict  comes right at the beginning, in this case when Freed discovers her husband in bed with her best friend. Lacking the confidence that comes with experience, the young heroine is, at first, very much adrift: married at seventeen and a dutiful housewife for twelve years, her husband is the only lover she has ever known, though he never seems to miss an opportunity to remind her of what he perceives as her sexual inadequacies, particularly her (supposed) inability to achieve vaginal orgasm.

Soon divorced with two young sons to support, Freed made her way to the west coast in the mid-1970s. “If you come to San Francisco,” Scott McKenzie so famously sang, “be sure to wear some flowers in your hair…” Had she known what awaited her there, Freed might well have arrived with bells on. Already the legendary mecca of seekers, and undisputed world capitol of the dawning New Age culture, San Francisco in those years was the very pulsing, exuberant heart of the Sexual Revolution, and Freed found her element—and herself—there, truly at home for the first time in her life.

The city is much more than mere backdrop in this narrative, with its sleazy clubs and peep shows, steaming bathhouses, velvet-upholstered swingers’ retreats, greasy bistros, head shops, and cafes, high-quality psychedelics, and easy sex—what Erica Jong notoriously referred to as the zipless fuck—San Francisco is the magical canvas on which the story of Freed’s quest for liberty and self-knowledge assumes vivid life.

As in any quest-narrative worth the telling, the heroine needs a guide or mentors to help her learn the workings of this strange, new, and sometimes scary world. Enter a series of fascinating acquaintances and “perfect strangers” to help Dorothy navigate the Yellow Brick Road. At one point, Freed informs us, she was simultaneously dating no fewer than seven men, and would ultimately have close to a hundred lovers in the space of four years. She describes a few of these encounters in frank, unblinking detail, the good, the bad, and the bat-shit crazy, along with what lessons were learned along the way. But probably the most influential and constant figure in her life at that time was “Jake,” Freed’s friend-with-benefits galore, who, in his constant challenging of her inhibitions and hang-ups, ever pushing the envelope of convention, was instrumental in helping her realize her true sexual self, the dazzling butterfly at last emerging from its cocoon of uncertainty and self-doubt.

Freed’s musings about the pitfalls of love, the search for deeper connection and meaning in life, are often extraordinary and beautifully written, rising to the level of the most memorable personal literature. Throughout, her language is direct, frank—but seldom brutally so—and never convoluted or confused. This is by no means a difficult book to read, though it is certainly an easy one to love. 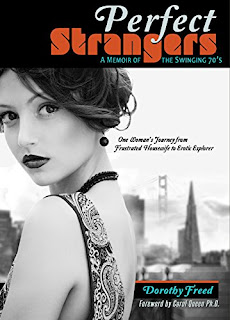 In this collection of eleven finely-wrought f/f erotic romance tales, Emily L. Byrne offers readers a dizzying diversity of setting, vibrantly evocative, sharply-focused, and practically always unforgettable. From the tourist-choked thoroughfares of Viva Las Vegas (with its hot-to-trot Elvis drag kings) to the revolutionary Nicaragua of A Night in Estelí, the churches and art galleries of Florence in A Room with a View, and the wintry cityscape of Minneapolis in the hauntingly surreal Cherrybridge and Spoon. Nearly as dazzling and varied as her settings, Byrne seems to traverse disparate genres with the breezy nonchalance of a master, whether it be sci-fi (Diplomacy), sword and sorcery (Heart’s Thief), espionage (The Old Spies Club), realist mainstream (Summer Stock), or contemporary romance with a bit of magic thrown in for good measure (The Goddess Within).

But it’s her characters who truly make these stories stand out, from the lonely police detective in The Further Adventures of Miss Scarlet, to the environmental activist falling madly in love with the female park ranger in the delightful Treehugger; the once-burned (literally) in-love starship commander in Diplomacy, the empathic burglar in Heart’s Thief, the bewildered goddess-for-a day of The Goddess Within, or the young American activist stealing a dangerous moment of passion with an itinerant journalist in A Night in Estelí.

A fantastic collection from a fantastic writer, and an easy choice for inclusion on this year’s Best-of list! 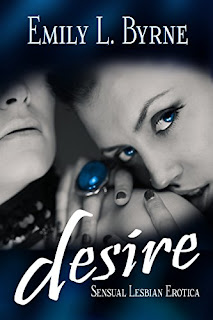 The Prison of the Angels (Janine Ashbless)

With The Prison of the Angels, the final installment in her Book of the Watchers trilogy, Janine Ashbless brings this epic erotic-romance saga to a conclusion with a bang of near-apocalyptic intensity. And how could it be otherwise, given what we’ve come to expect thus far in the series?

In The Prison of the Angels, the scary feathered beasts come home to roost, the consequences of choices made must at last be faced, the price of love and freedom paid regardless of the cost. Yet, as always, Ashbless ties it all together with such style, such flare, conveying a sense of  inevitability—of ineluctable right-ness—with the plot’s every twist and turn, it’s hard to imagine all hell breaking loose quite so entertainingly! Needless to say, the sex is wicked hot throughout, and it is sex, after all, desire and lust, that have driven this story from the beginning, ultimately creating the critical mass from which it draws its power.

But it would be wrong to dismiss this story as just another facile fast-paced sex-action-adventure franchise—though it certainly is fast-paced and often sexy as hell!

What I have always admired about Janine Ashbless’ writing is her ability to tell riveting erotic stories in a way that recognizes and honors her readers’ intelligence and curiosity—their willingness to look up the occasional word if they need to. The essential story is never weighed down by excessive literary vocabulary—the author’s voice, or need to prove how smart they are, overwhelming the narrative—but words are used correctly, precisely, and always with thoughtfulness and care. Big ideas are woven into the fabric of the tale with seamless craft to seem as natural a part of the whole as the action-packed set pieces and steamy bedroom scenes.

And—wow!—do I ever love the way Ashbless employs mythology in her stories, perhaps the true hallmark of her style. It doesn’t matter that we largely no longer believe in Zeus or Apollo, Thor and Loki, or the creation mythos of the Hebrew Bible; all these stories—always essentially metaphors—have outlived literal credulity; yet all are still exciting, still thought-provoking, brimming with narrative possibility. The thing Ashbless shows us about myth is that it is malleable; it can be molded and reformed, melded and spliced to suit any time and place. The fascinating angelology in her Book of the Watchers series comprises far more than the traditional (and rather staid) Judeo-Christian roster; but shows how different cultures may have interpreted the same archetypes in diverse ways. The Norse trickster god, Loki, becomes the tempter of Genesis, the fallen serpent-angel Samyaza; the Archangel Michael assumes the form of something out of Native American myth… It all makes for a wonderful, engaging, multi-layered story that touches the mind as well as the heart, yet is always fun to read!

In The Prison of the Angels, as in the books that preceded it, Ashbless has created an extraordinary new world, a “real realm of the spirit” that is a sheer pleasure to visit. 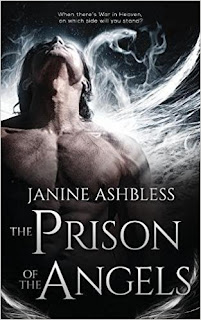 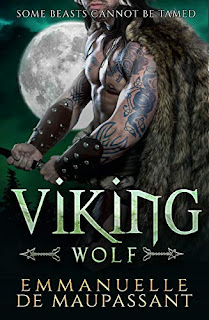 Not erotica per se, yet this ravishing collection of literary stories should be on the to-read list of every erotic writer who claims to care about the beauty of language and the compelling allure of style. Taffe's stories are seldom "short" in the strictly commercial understanding of the term, they take their time to be told with however many words may be required, and some of them are quite long indeed. The language is not overly dense or difficult, the narrative seldom inaccessible or overly obscure, and yet, the writing is so dazzlingly fecund, so spendthrift in its vivid, varicolored descriptions, that the reader is immersed in wonder, engulfed like a drowning soul in a state of helpless bliss. Images of water and the supernatural permeate all these stories, forming loose relationships, a kind of magnetic coherency or some form of sub-molecular bonding. Water in all its ineffable forms, life-giving or lethal, calm or chaotic, rain, tears, tides, lakes, rivers, oceans, sea brine, blood, sexual fluid... Love-sick demons, the ghosts of the drowned, vampires, mer-folk, muses bearing gifts of madness and otherworldly inspiration. Wondrous! Rarefied! Ineffably gorgeous! Read it and weep with joy! 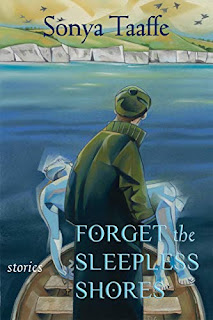 Posted by Terrance Aldon Shaw at 9:30 AM