When Sex Is Not Enough

I’d hoped to share a book review with you this week, but that is not to be. The book in question was written well enough, had a promising premise and an ambitious erotic vision; I got past the first few pages without being terminally turned off or overly impressed. Things did not subsequently improve, nor did they become dramatically worse. In other words, ho hum. I kept myself reading page after page with the notion that, while the book was no great masterpiece, it was nothing I couldn’t slog my way through, and, perhaps, find something worth writing about in the end.

As it happened, I did discover something to write about, though it wasn’t necessary to suffer through to the end in order to find it. The writing had been putting me to sleep—notwithstanding a few pleasingly steamy episodes—and I was finding it increasingly difficult to maintain concentration with something like 400 pages left to go. Then the author gave me an out; made the rankest of rooky errors—the sort of thing any competent editor would have caught immediately, and, very probably like me, been inspired to throw the book across the room (though, with an e-reader, I am denied that visceral satisfaction). The author had carelessly allowed head-hopping to creep into a third-person narrative, probably not even realizing that they were doing it. Granted, this is a common pitfall, and a flaw I might have chosen to ignore had the story been more engaging or the language less simplistically third-grade level. But, given the other doubts that had built up in my mind, this issue was the proverbial last straw.

The author was counting on the novelty of their book’s premise to carry the story—basically, eroticism in ancient cultures—and was endeavoring to employ an antiquated “storybook style” of narrative. But the novelty was not enough. The sex, for all its vibrant plenitude, was not enough. One came away less with the sense of having been entertained than patronized. The auctorial attitude seemed to be that of a patient grownup telling a story to a group of children while greatly underestimating their intelligence.

Sexy content does not in itself absolve an author from the basic rules of writing. Telling a story for adults does not give one license to write like a dolt. It takes more than sex to write a sexy story. Characters have to be more than pornographic pawns, with no other purpose than to be maneuvered into the next occasion to copulate. Readers looking for more than just a quick stroke—who might actually be inclined to read the entire book—need to recognize the elements of a good story; character, conflict, plot. A conscientious author owes their readers nothing less—a truly fine writer will give them infinitely more.

Personally, I’ve resolved that life is too short to waste on books that bore me. The only thing I truly care about is good writing—I’m open to all sorts of stories, so long as the writing is exceptional, but I am done babysitting dilettantes. I’m done coddling the delicate sensibilities of amateurs who've never  heard a healthy “no”.  It’s time to grow up. 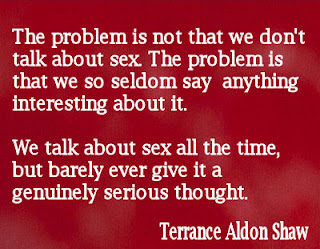 Posted by Terrance Aldon Shaw at 8:45 AM 3 comments:

In Haven’s Fall, Schechter continues the story of Matthias, the reluctant mage, begun in Counsel of the Wicked (included on EftBB Best of 2015 list). Matthias possesses enormous magical powers of which he himself has never been fully aware, nor has he been trained in the proper use of his magic. At the same time, some sinister person or group, jealous of that power whether because they seek to harness it or destroy it altogether, has set out to capture or kill Matthias. But our hero has one great advantage. His friends: there’s his quiet, strong, patient lover Solomon, his kind and resourceful cousin Tam, Linnea the fearless foot soldier with the ability to track and locate sources of magic, and the wise Gryphon mother Dancer, as well as several new, equally likable characters who will no doubt make appearances in the projected third volume of the series.

Schechter understand that the way to keep people turning pages—and there are a lot of pages to turn here!—is to put her hero in peril and keep him there, never giving him a chance to breathe easy. This does result in a few too many scenes in which Matthias wakes up after having suffered some new and terrible injury, asking what happened to him, while Solomon, Tam, and the healer Illane are always right there to tend his wounds and rehash the events of the previous chapter in the gentlest of tones so as not to disturb Matt’s delicate emotional equilibrium. Magic is used to speed the hero’s recovery before he is invariably hurt in yet another new and horrible misadventure. It does get a bit repetitious in spots, and I came away from many chapters feeling less that essential story had been related than that time had been marked in an entertaining way, stringing me along in anticipation of some as yet unimagined Big And Exciting Thing to be revealed in the not-too-distant future.

Still, there’s a good deal to like and admire here. A novel of this length is not a casual undertaking to be treated indifferently, and Schechter proves once again that she is more than adequate to the task; the writing reflects a lively imagination, brought to the page with solid craftspersonship and practiced professionalism. Her characters may at times be a little too nice—stretching credibility to its curmudgeonly limits—but we are still curious to find out what happens to them. In the end, we are made to care for these people almost as much as they care for each other, and that is something that only a very skilled writer can do. 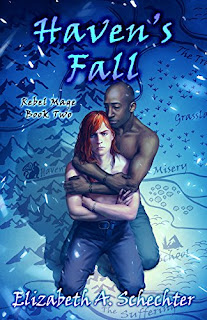 Posted by Terrance Aldon Shaw at 8:25 AM No comments: