I was decidedly pleased to spend time recently with a couple new-ish titles from two gifted and highly intelligent writers: Highland Pursuits by Emmanuelle de Maupassant and The Gueschtunkina Ray Gun by Spencer Dryden.  These two stories are about as different from each other as it’s possible to imagine, nothing whatsoever alike in terms of length, narrative sensibility, style, point-of-view, or character development. But both gave me extended moments of pleasant laughter even as they impressed me with their craftspersonship and their respective authors’ assured command of language.

Set in the Britain of 1928, Highland Pursuits begins as a feather-light Wodehouse-ian romp liberally crossed with elements of Downton Abbey and Upstairs, Downstairs. Lovely, young, and reluctantly eligible Ophelia rejects her upper-class twit of a suitor in London and is summarily packed off to the Scottish highlands to “come to her senses” spending the summer on her grandmother’s manor estate. Ophelia hardly fits the mold of a typical Wodehouse leading lady; she is neither an insufferable battle-axe nor a doe-eyed ditz, though she encounters her share of the like in her travels, along with effusively pretentious artists, foreign scoundrels, loudmouthed Americans, dirty old men, titled eccentrics, and divers members of the aristocratic huntin’-shootin’ set.

But it’s the handsome estate manager Hamish who catches Ophelia’s eye. Hamish, of course, possesses all the characteristics of the perfect romance hero; impossibly good-looking (especially in a kilt), macho, sometimes gallant, but also brooding and darkly aloof as he nurses a broken heart from his past. You KNOW how this is going to turn out, right? Yet, it’s in the “getting there” that this superbly crafted story shines.

If I have any complaints about Highland Pursuits, it is that the tone becomes decidedly less lighthearted towards the middle, whence, consequently, the pacing seems to flag. Where do all the wonderful jokes go—even the delightful antics of Ophelia’s cairn terrier Pudding? It’s all-too serious of a sudden, perhaps because, knowing how stories like this are supposed to end, it’s necessary to spin out the dramatic irony for a spell. This inconsistency in tone is ameliorated to some degree by the quality of the writing, and, perhaps, most people, who read considerably faster than I, won’t even notice. Still, 'tis ne’ bu’ a wee quibble considering the excellence of the whole. 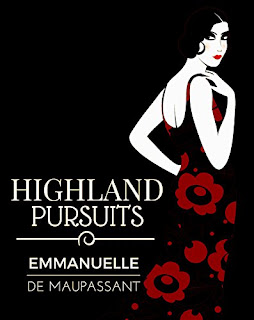 This wry little tale riffs on one of the oldest and most familiar of all male fantasies, the quest for a magical shortcut to the heart of female desire. Drawing on the tradition of pulp sci-fi and classic men’s-magazine entertainments, Spencer Dryden gives readers a lighthearted fantasy about a horny grad student’s encounter with a time-traveling monk from a bleak matriarchal future. (Dryden’s use of natural, snappy dialogue is most impressive!) In a last-ditch effort to save some vestige of male-ness, the monk gifts the grad student with a mysterious artifact, the gueschtunkina ray gun, which, when fired at a female subject, makes her instantly amenable to just about anything a guy is up for. According to the monk, a certain ball-busting female professor is in dire need of a good “gueschtunkining” if the balance between the sexes is to be preserved, and it falls to our valiant grad student to do the honors—or take one for the team as the case may be. Fun!!!

Nonetheless, this is a highly enjoyable, rewarding, and occasionally even thought-provoking effort, perhaps Spencer Dryden’s best to date. Enthusiastically recommended. 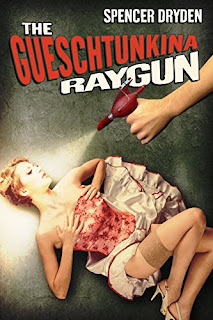 Posted by Terrance Aldon Shaw at 9:28 AM 3 comments: