TAS' 'Turn Me On--Tell Me a Story' series

Just in time for the holidays, all three titles in TAS’ Turn Me On—Tell Me a Story series of steamy sampler anthologies are available for free download from Amazon, December 23 through 27.

Turn Me On—Tell Me a Story
Newly updated, this anthology includes a complete short story 'Sleeping Dogs and Southern Comfort' (from ‘Six Erotic Tales’), excerpts from the up-coming collection 'Stories Out of School', and generous selections from the novels 'A Song for the Girl with the Almond Eyes' and 'The Seven Seductions of Sister Mary Chastity'.  Finally, for dessert, a collection of bawdy limericks.
The novels and stories excerpted in here began life as imagined conversations. What would smart, sexy, articulate people talk about if they were free to think and say whatever they liked? Smart people want pretty much the same thing as everybody else; they just want to deconstruct their favorite episodes of 'Buffy the Vampire Slayer' or quote William Butler Yeats while in the process of getting it, undoubtedly bandying about one of the great Irish poet’s most famous pronouncements while gently maneuvering their partners into bed; “sex and death are the only things that can interest a serious mind.”

These stories have the sex part covered, and one of them even delves into death at the end. The characters have decidedly serious minds, always actively engaged, yet most of them are people you might imagine hanging out with and talking to, or fantasize about making love with. They are the sort you wish you knew in real life, and not just because they don’t mind if you fantasize about making love to them—in fact, they hope you will. 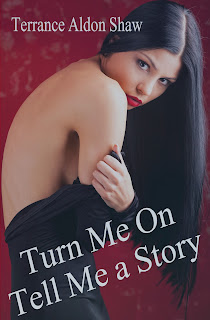 Turn Me On Again—TellMe Another Story 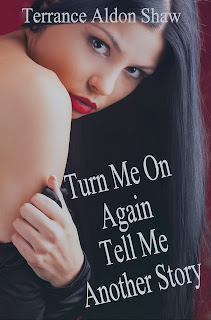 All the stories here are complete and unabridged. Contents include the title story from ‘Kiss-Off the Devil’ along with ‘Muse in the Neon Twilight’ plus four micro-stories from TAS’ up-coming collection ‘The Moon-Haunted Heart’ as well as the hilarious ‘Royally Screwed’ (think Steeleye Span meets Mel Brooks). The collection is rounded out with the never-before-published naughty narrative poem ‘The Tale of Vanessa or: The Lusty R.N.’ 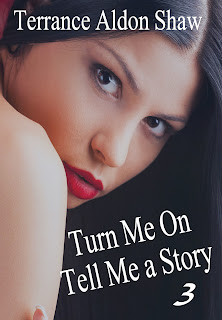 Posted by Terrance Aldon Shaw at 6:39 AM