Death and Beauty tells the story of what happened to the Norse god Baldir after his death. First of the Aesir to die, the god is bewildered to find himself in Nieflhel, the realm reserved for the ordinary dead, those mortals who do not fall gloriously in battle or spend eternity feasting and fighting in Valhalla. Surely, there’s been some kind of mistake? Baldir sets out to confront Hel, the infamous goddess of the dead who appears to her subjects half living flesh, half rotting corpse. An unlikely scenario for a sweet erotic romance, but McCleod makes it work with surprising skill. There’s plenty of humor to go with the sex, and a great deal of humanity to set this apart from the average mindless romp. This is a fun, fast read, and thoroughly enjoyable. Recommended. 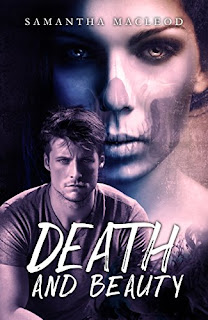 Emmanuelle de Maupassant’s Viking Thunder is an exquisite piece of writing by any standard, imaginative historical fiction at its finest, and one of the sexiest tales I’ve had the pleasure to read in—ever. Told from the point of view of Elswyth, a young Anglo-Saxon woman, promptly made a widow when a band of Northmen raid her village, this is a clash-of-cultures story enlivened by lots of deliciously lurid action, pillage, fire, and, yes, rape--treated with appropriate gravity. Elswyth, not ungrateful to be rid of her feckless husband, quickly catches the eye of the Viking leader, Eirik, and is befriended by the shield maiden Helka, Eirik’s sister who functions as interpreter, cultural go-between and a counterbalance of quiet reason to her brother’s fiercely impulsive nature. Yet, more than mere escapist adventure, Viking Thunder has its thoughtful moments, too, a bit of comparative theology and myth, reflection on love, fate and destiny, cheek by jowl with unapologetically explicit descriptions of sex, heady as the sweetest mead. First in a yet another series from the remarkably prolific Emmanuelle de Maupassant, I, for one, can hardly wait for more. Highly recommended! 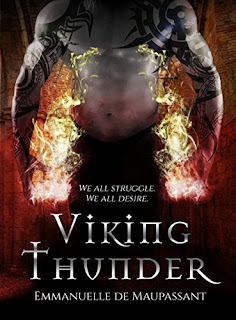 Janine Ashbless’ Named and Shamed is a relentless, orgiastic tour de force, a groaning board of pansexual delight unencumbered by the sort of repetition or slacking off in intensity that dooms so many full-length erotic novels. Drawing broad inspiration from Gaelic folklore and pagan myth, the story begins with the theft of a priceless imaginary manuscript, the unexpurgated first draft of Christina Rossetti’s The Goblin Market, obtained through a cynical act of seduction. In order to return the manuscript without drawing the bloody ire of its owner, Tansy, the reluctant heroine, must seek out the help of a “thing that looks like a man, but wasn’t,” one of the shadowy preternatural entities collectively known as Them There. Of course, the demon’s assistance comes with a sexy price, seemingly pleasant to pay, before its sinister after-effects become apparent. Tansy becomes insatiable, and none too picky about her partners along the way to finding an antidote to her raging nymphomania.  Sex of practically every variety and permutation is described in exuberant detail, whether with a group of horny auto mechanics in a greasy garage, or with just about every mythical creature populating the dark corners of the human imagination—a scene with a randy troll under a bridge is particularly memorable.

Illustrated with a series of captivating line drawings by John LaChatte, Named and Shamed is an essential addition to any library of classic modern erotica. Print copies are increasingly difficult to find with the recent demise of the original publisher, but, as of this writing, the novel was still readily available with the illustrations in a Kindle edition. Highly recommended! 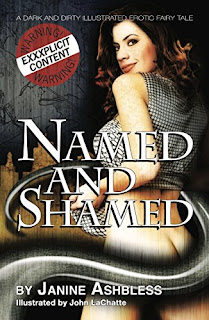 Posted by Terrance Aldon Shaw at 9:08 AM