Thoughts on 'Disability' in Erotica

When the forty-fifth president of the United States stood before a cheering crowd and openly mocked a disabled reporter; when that same president ordered the removal of Braille labels from the elevators in his properties, stating as his rationale that “no blind person will ever live in Trump Tower…” can we draw any other conclusion than that in this infantile, petty, vindictive, disgusting little man’s turd-pebble of a mind, the disabled are not entitled to exist? And what are we to think when such a benighted, ignorant, culture-less, clueless, classless fool has the real power to enforce his prejudices, making his execrable atavistic attitudes “socially acceptable” again?

For me as a disabled American—and I’m sure for many others as well—Trump is the fire-breathing embodiment of all our worst nightmares. Every horrible memory we’ve ever had of being bullied, put down, spat on, excluded, segregated, stripped of our dignity and denied our right to self-determination. He is the smug-smirking poster-turd for everyone who has ever patronized and insulted us, made ignorant, prejudiced assumptions about our abilities and talents, barred the gates of opportunity and blocked the path to a better life. He is the steaming fecal coil that haunts our dreams, and the prospect of his becoming president was and still is beyond terrifying.

My attitude has in no way changed, nor my apprehensions diminished, since the vile cretin assumed the office despite a resounding loss in the popular vote of 2016: That a substantial percentage of the population continues not to have a problem with any of this is an even greater cause for despair. So, the question must be: what can I as a writer of erotic fiction who happens to live with disability do to change those attitudes? How do I define the sphere of my own influence and power? If I speak who will listen? Other writers? Readers? And if these people do happen to listen, will they be moved to change and inspire others, in turn, to change?

It certainly doesn’t have to be that way. Effectively ‘writing the disabled’ is like writing anybody else. First, recognize that there is no monolithic ‘experience of disability’; we, too, are individuals experiencing life from our own unique points of view. Treat a disabled character as you would any character in your story. Eschew sentimentality and pity—especially pity—and strive to write interesting, complex, fully actualized individual human beings, people with vibrant colorful inner lives who simply happen to be disabled. Such characters should never be wholly defined, and certainly never judged, by their perceived handicaps or physical shortcomings, nor portrayed as cartoonish, two-dimensional ‘things’ to be talked past in the third person—there’s far too much of that in real life. They can be just as funny, witty, playful, brilliant or stupid, bad-tempered or sweet, gullible or stubborn, boorish or sensitive, naïve, willful, skeptical, extraordinary or common as any ostensibly ‘abled’ character. In any case, no character should ever be regarded as a mere object on which to project naïve notions of purity or helplessness, or as a kind of sentimental prop for a story—not, at least, by the author. Other characters within a narrative may display irrational prejudice, treating the disabled character with pity or scorn; but authors cannot—must not ever—condescend to any of their characters in such a way.

Pity precludes a relationship of equals, because,  as I put it in my short story Blind Date (Part 2): “the pitier always feels somehow superior to the pitied. The object of pity is just that, an object, a kind of pet, like a dog or a cat the master can project his own shallow, manipulative notions of dominance onto, his own imaginary nobility and righteousness.” In the mind of the pitier, the object of pity is forever fixed in its inferiority, and nothing said object may do—no matter how astonishing or brilliant—will ever alter that image.

Some authors will shy away from erotic narrative, largely for fear of ‘ghetto-izing’ disability, debasing its rich narratives, and turning them into pulp for yet another subgenre. “Abled” people (who always seem to believe that they have our best interests at heart without ever once bothering to find out what we think our best interests are) seem enamored of the belief that people with disabilities are incapable of doing anything on their own, let alone succeed at the game of life without some form of paternal assistance. (In golf, they call this sort of special treatment ‘handicapping,’ giving a less-skilled player a few points at the outset of the game; the irony of which I find delicious.)  Thus, we are shunted into dead-end programs with feel-good names like ‘Very-Special Arts [insert name of your community here]’ or the modern-day equivalent of a Dickensian workhouse, where we are conveniently segregated from the professional mainstream, kept out of sight and well out of mind, ignored and ultimately forgotten.

One of the best decisions I made early-on in my professional careers (first as a classical composer and, later, as an author) was to insist that I would always “sit at the grownup table.” That is, my work would be judged alongside everybody else’s, rising or falling on its own true merits without any sort of arbitrary handicapping. I would compete with the top professionals in my field, and earn praise or approbation based on the quality, originality, craftsmanship, and professionalism of my work—not on other people’s prejudiced beliefs about what I was or was not capable of achieving. Whatever success I’ve had has been attained without benefit of special treatment. 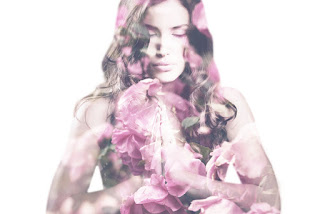