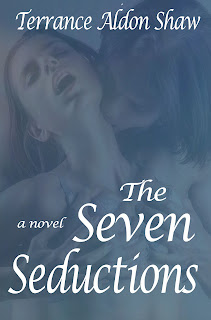 NOTE TO READERS: this will be the last serialized chapter before The Seven Seductions is published (sometime in 2017 if all goes well). I've already done a fair amount of re-writing on previously posted sections, and the book will undoubtedly undergo still more changes before final publication.

I have always been a restless seeker of perfection, much to my own  perpetual discomfort; but sharing the story so far on EftBB has helped to motivate and spur me on. With about 25 chapters completed to date (approximately 75,000 words) and at least 11 more to go, a point-of-no-return has been reached. There is no question remaining in my mind that Sister Mary Chastity's story must be told, and the novel that revolves around her life brought to a satisfactory conclusion. I may take my time getting there, but I promise it will be worth the wait. Thank you for taking this leg of the journey with me. Hopefully, we will meet again in the final chapter.

This post also offers the ultimate cover reveal for the novel. I've long felt that this is the perfect cover image, but have toiled to figure out a text placement that was at once infinitely eye-catching while 'safe' within the imposed limits of 'decency' demanded by the largest publishing platforms. Feedback on the cover, as well as the story are always welcome.

And, as always, enjoy!


The thought made her smile. The warm summer breeze caught the edge of her skirt, the fabric, wafted upwards, molding itself into the space between her thighs as if she were being groped by an invisible hand, gentle but insistent, and Mary Chastity was all at once aware of a subtle inkling of wetness there. The sensation drew her back into the moment, recalling her to herself, a reminder that she was present here, in spite of all admonishments, a woman, real and very much alive. 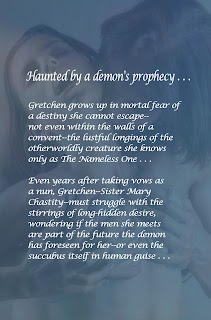 Posted by Terrance Aldon Shaw at 6:36 AM